With The Butts Band having run its course, Jess was ready to resume work on his (by now, somewhat overdue) solo album. Equals – time to dust off those old tape boxes... as much as figure out how the rest of the record would shape up.

“I’d got other stuff written or in progress... Reason To Change and those things. And CB had picked up an album by a chap from Sheffield, Alabama – name of Swamp Dogg who he thought might be a good producer for me. So plans were being made for me to go out there to work with him.”

The Dogg’s only Island album was, itself, released early in ‘74 and Blackwell’s instincts may well have been pretty close to the button given Swamp Dogg’s reputation for edgy proto-funk (c.f. Sly Stone), lyrical absurdism (c.f. Frank Zappa) toward soul with a pop sensibility.

However, in retrospect, it might not have been an ideal match as, reminiscing during 1998, Swamp Dogg mentioned: “When I was in the ‘70’s, I was very fucking wealthy. But I was also a fucking basket case. I had a nervous breakdown, I had an identity crisis, I didn’t know who the fuck I was.”

Added to which, Swamp Dogg was high on President Nixon’s enemy of the state list – alongside the likes of Jane Fonda.

Thus, all things considered, linking the formidable Dogg and JR might not have been a musical match made in Heaven.

“I don’t exactly remember why that didn’t happen, it may have had something to do with the fact that it was Christmas time and Elaine was in the advanced stages of pregnancy. Then, on February 19th 1974 Jamie our son was born. Anyway, with that plan shelved, an even tastier one was being worked out.

‘A few days later, I got a plane to New Orleans to work with Allen Toussaint and The Meters.

‘Phil Chen flew out with me – he was just passing through but when he heard I was going to work with those guys he thought it would be a good time to come and meet them too.

‘I don’t know if we actually played in New Orleans with The Butts Band but we played somewhere close by and we did actually go through New Orleans to take a look – interesting place, very nice. When we went there, while I thought it was quite touristy it had a good vibe about it – every bar playing Dixieland.

‘Allen, The Meters, Marshall Sehorn and all of the Sea-Saint Studio crew were just fantastic to me because, having just become a dad for the first time, I was a little homesick right from the start.

‘Allen sent a huge bouquet of flowers to Elaine back in England offering congratulations and promising that the entire gang would take good care of me.”

Marshall Sehorn had been a driving force in the evolution of the New Orleans R&B sound, having spearheaded hits for Lee Dorsey prior to teaming up with Allen Toussaint to co-found Sea-Saint on the city’s Clematis Avenue during the late-sixties.

The studio already had a reputation as a heady creative environment that embodied a whole new sound – as much as Stax and Motown had their own ‘sound’, so did Sea-Saint – not least due to the exemplary semi-house band that featured The Meters.

The studio was also famous for its recordings by Dr John, the Wild Tchoupitoulas (one of whose albums found its way onto Island).

Factor in The Meters (Cissy Strut also came out on Island UK) plus The Neville Brothers themselves and... this was the studio in which to work.

“I sat with Allen and played him my songs on acoustic guitar. I’d go chunka-chunka, strum strum with Allen and he’d then disappear into his room and, a couple hours later, off we went.

‘He wrote the bass lines… the horn parts… but, in the playing, I can’t remember if he actually wrote charts or if it was just the keys written down and more longhand charts as opposed to just dots. He’d play something for, say, George and then he’d say… E-vamp, A-vamp… whatever key it was in.

‘It was, I think, as much instinctive playing as anything, as if there were guide parts but not much more.

‘In the studio with those guys (The Meters) it was… unbelievable; it was fairly functional as a studio but really good – they gave it their all. I didn’t get the feel – at all – that this was just another session for those guys.

‘In any event, it was new for them too, I mean before they became the notorious Meters, they had been serious studio men, a bit like the New Orleans version of Booker T, the house band as it were. You had the same thing with James Jameson and those other guys up at Motown too…

‘Never any more than two or three takes. It just shows the remarkable ability of guys like that.”

The Meters’ history stretches back to the mid-Sixties, when Art Neville (keyboards – and already a veteran of the South’s musical community) recruited George Porter, Jr. (bass), Joseph ‘Zigaboo’ Modeliste (drums) and Leo Nocentelli (guitar) to form a band that, over the years, would forge an inestimable influence on music the world over.

Revered by many as the founding fathers of funk, The Meters created their unique sound by blending New Orleans blues with dance grooves and, to this day, continue to dazzle audiences all over the world; the adjective ‘supergroup’ is far too widely utilised but, in their case, entirely apposite as they continue to exert an unparalleled influence on contemporary music.

ALLEN TOUISSANT -  “The Meters were mostly a percussion group – not percussion instruments, but they played percussively. Everything they played was heavily syncopated. Their songs were a conglomeration of firecrackers going off here, and pops there, explosions here. It was just fire.”

“So that’s how it went, Allen would disappear for a while and then return with more of the songs arranged and ready to cut.

‘We always started the sessions around Midday – we’d break for dinner around 6-7ish – usually something delicious that had been cooked up by one of the Seahorn crew – and then sort of review or dub a few bits.

‘After a week, all the tracks had been recorded. I spent a couple of days over-dubbing some vocals and then the whole thing was mixed. 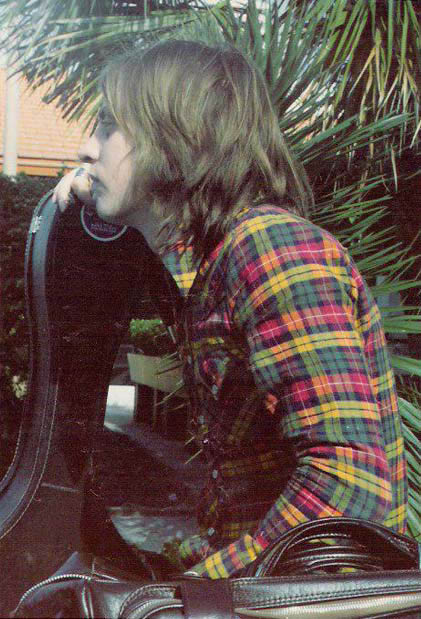 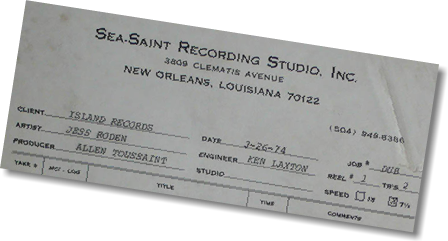 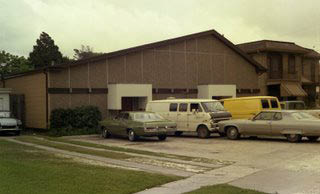 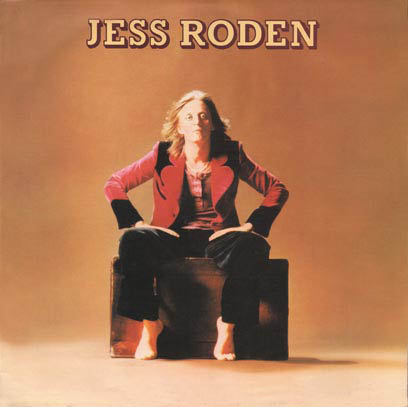 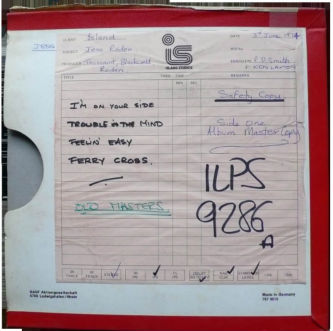 Note: Under Suspicion (with The Jess Roden Band) was added to the US release